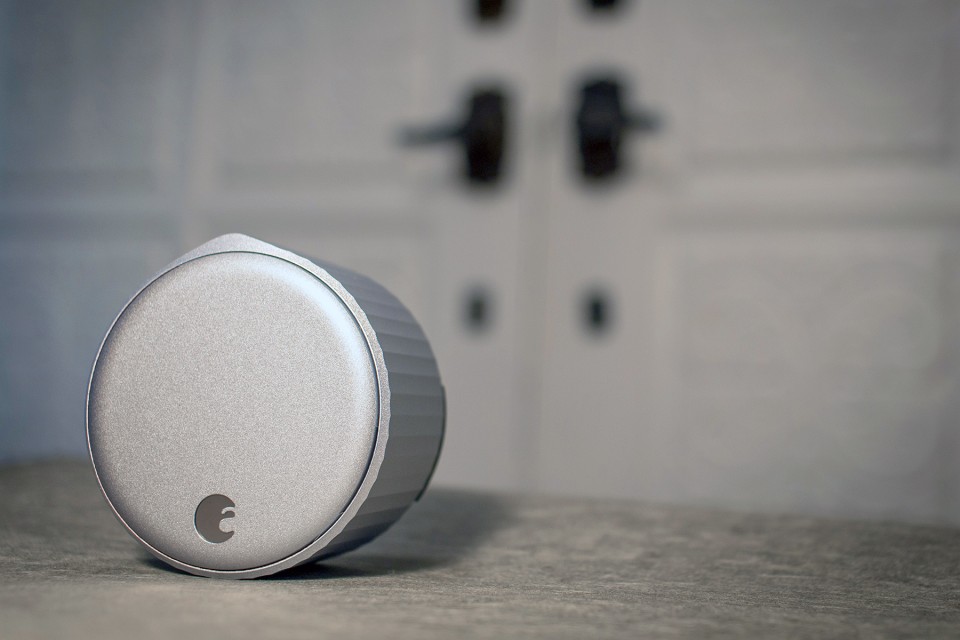 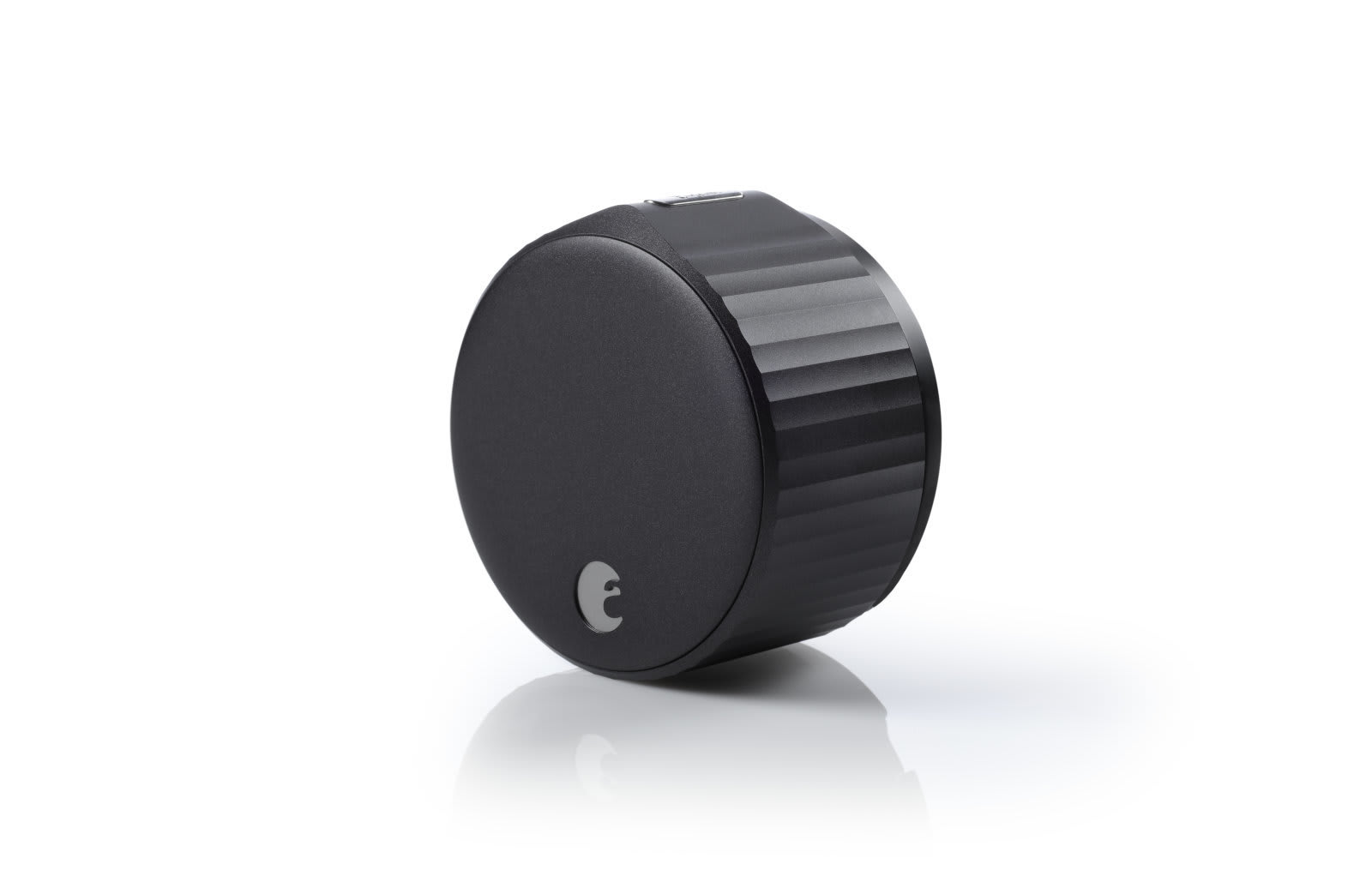 I can’t start this review without admitting that it’s a peculiar period in time to review a smart lock. I haven’t left the house in nearly two months except for my daily walk around the neighborhood. But if quarantine has afforded me anything, it’s the time to reflect and make headway on the various home improvement projects I’ve put off for a while. One of those items on my to-do list was figuring out whether my original, 40-year-old front door can handle a smart lock. And it turns out an August WiFi Smart Lock not only works fine but it also kept my vintage door hardware intact.

When I first moved in, I brought over the Yale x Nest smart lock from my former dwelling. It clashed with the aesthetic of the door, and I felt like the exterior keypad made it too obvious the lock was a smart one. I don’t like drawing attention to the fact that my house is “techy,” both for security reasons and because I don’t want the neighbors asking about it. That’s one of the appeals of August’s Smart Locks: Unlike its competition, it’s not immediately apparent there’s a gearbox installed on the inside of the door. And because the keyhole stays the same on the outside, you can still use your physical keys to unlock the door in the event you don’t swap out its dual CR123 batteries in time.

The August WiFi Smart Lock is a convenient way to upgrade your door lock, though it’s not always reliable on the “smart” front. 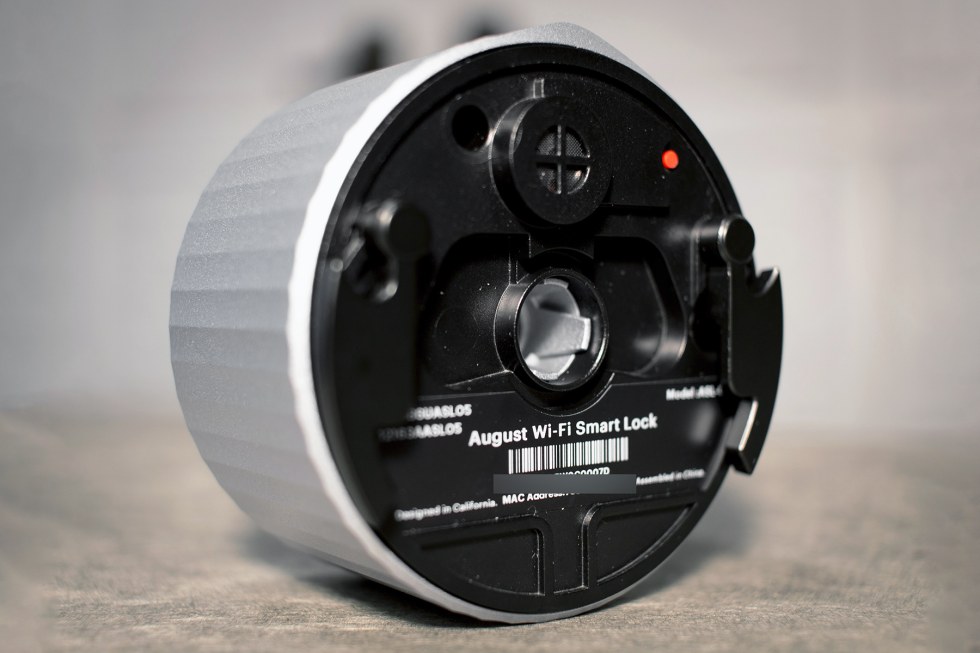 The look and feel of the fourth-generation August smart lock hasn’t changed from its predecessors, though it’s nearly half the size. August said its users had “expressed a desire for something smaller,” so it shrunk the internal motor and gearbox. I reviewed the silver version, which pairs nicely with my white-painted double doors, though it’s also available in black. The kicker for this new model is it’s WiFi connected, unlike previous versions that required a separate bridge. This means you can lock and unlock the door even if you’re out and about. If you’re concerned about WiFi being accessible while you’re out, you can disable the connection from the lock settings deep in the August mobile app. The smart lock is only compatible with 2.4GHz networks, so make sure you have that set up before you try to log on. You’ll still need Bluetooth available for the initial setup, however.

The August WiFi Smart Lock is a cinch to install. The mobile app for iOS and Android provides handy video instruction to walk you through the entire process, from removing a standard single cylinder deadbolt to swapping in the smart lock unit. All you need is a Phillips screwdriver and the screws from your original lock. Everything else comes inside the box, including two batteries, an array of lock adapters, mounting hardware and the Doorsense sensor, which attaches to the frame to detect when the door is open.

Installing the August smart lock hasn’t changed much since Engadget checked it one out last. The steps remain the same: remove the portion of your original door lock facing the inside of the house, then mount the plate for the August lock. You can adjust the screw holes on the plate according to your lock brand. Once it’s secured, attach the Smart Lock, then flip down the two side metal clamps to latch. If you’re tool savvy or have long nails you’re hoping to keep intact, I also suggest a spudger or something of the sort to perform that last part. Then, install the Doorsense sensor either with the included adhesive strip or by screwing it in place.

I was worried that the August WiFi Smart Lock wouldn’t work with my double doors because the deadbolts don’t always line up so well. And if that’s the case for you, then a smart lock may not be ideal. If you’re unsure whether your door is compatible with August’s hardware, there’s a helpful support page where you can look up either your door’s lock brand or deadbolt setup.

Once the new hardware is in place, the August mobile app takes over for calibration. You’ll have to open and close your door several times in locked and unlocked positions to ensure that the Doorsense sensor lines up properly with the lock. You can see this all unfold in real-time on the app, which displays a bright red button if the door is locked, or green if unlocked. There are also designations for when the door is ajar.

Unlike some modern flush smart locks or locks with external number pads, the August WiFi Smart Lock offers manual access that’s intuitive for anyone. The slight point on the outer edge of the smart lock acts as an arrow to indicate whether the deadbolt is open or closed. You don’t have to check the app to know the status unless you’re on the outside part of the door. But if that’s the case, you can pop in your keys and test it as if it were a manual lock or pull on the door.

That is one of the positives of using the August compared to some other brands: Your door can still be used like normal. I was constantly worrying about the batteries dying on the Nest x Yale Lock because then I’d have to find a 9V battery to jump start the lock before I could open the door. August managed to strike a balance by making its smart lock accessible to those who want to get on the connected gadget train but don’t want to institute an entirely new way of living.

The rest of the app is relatively easy to navigate. The simplicity of the interface makes it less overwhelming than the Nest app, especially when you’re managing multiple devices. The August app requires only a tap on a big, clear button to lock or unlock a door. You can also use voice commands with Siri, Alexa or the Google Assistant to lock a door or find out its status. Assistants can unlock the front door, though it requires setting up a code beforehand. Similarly, the August app has limited automation offerings, or Smart Alerts, which notify you of status changes. If you have more than one guest coming through for extended stays, you can offer them virtual keys to unlock the door with their smartphone or Apple Watch.

One thing I appreciate about August as a smart gadget maker is that it takes a candid approach to account security. From the get-go, August forces you into two-factor authentication, requiring you to verify it’s you through both a text message and email before you can login. Anyone who has access to your phone can still configure the smart lock, though. If you’re worried about someone getting to your phone, August offers an online portal you can access from your computer to disable the app and keep anyone from using the app’s virtual keys to access the door. By default, the app also uses Bluetooth encryption, AES 128-bit and TLS encryption.

August is known as one of the original purveyors of auto-lock and -unlock abilities, though it’s finicky with Android devices. On the WiFi Smart Lock, it’s supposed to perform the deed within 200 meters (around 650 feet) away from your home. I was only able to get this feature to work once on one of the two Android phones I tested with. There is a warning when you’re setting it up that alerts you to this particular caveat, citing the issue of how Bluetooth works on different Android devices.

I didn’t immediately consider how the lack of reliable auto-unlock would affect convenience since it wasn’t a feature available on my last smart lock. But as I approached my house with a baby stroller in tow, I realized what I was missing. It would be more convenient to unlock the door without having to pause outside and sync up software. At least with a visible keypad, I could type in a few digits to open. With this August smart lock, I have only been able to successfully do so by physically tapping into the app or using my keys. I did find a workaround to ask the Google Assistant to unlock the door for me, but I have to say my PIN aloud to make it happen. Even in times of social distancing, I don’t feel comfortable doing that for fear of eavesdropping.

Inconveniences aside, except for a bit of indentation left from the former lock plate, there was minimal disruption to the original look and feel of my front door. I appreciate that the August WiFi Smart Lock didn’t require overhauling a part of the house that partially inspired my moving into it. I’m personally opposed to dealing with a smart gadget requiring a significant install, like some brands of smart blinds or the Brilliant smart control panel. The August WiFi Smart Lock is a bit more subtle, and it’s accessible to anyone comfortable wielding a screwdriver.

The August WiFi Smart Lock’s $230 price point might seem a bit steep for a smaller lock unit and the added convenience of always-on WiFi connectivity. But by comparison, it’s $50 less than the Nest x Yale Smart Lock and some of the other highly rated smart locks and doesn’t require the separate WiFi connector as many other models do in this price range. August also has a better track record with security vulnerabilities compared to other affordable smart lock brands.

I wanted a smart lock to know if the door is locked at night when we’re upstairs, and I wanted something that would match my 1970s front door. The August WiFi Smart Lock almost hits all the marks. The only thing it’s missing is the true ease of being able to remotely unlock your door. Hopefully, the auto-unlock feature becomes more stable for Android users like me by the time we’re allowed to leave the house again.