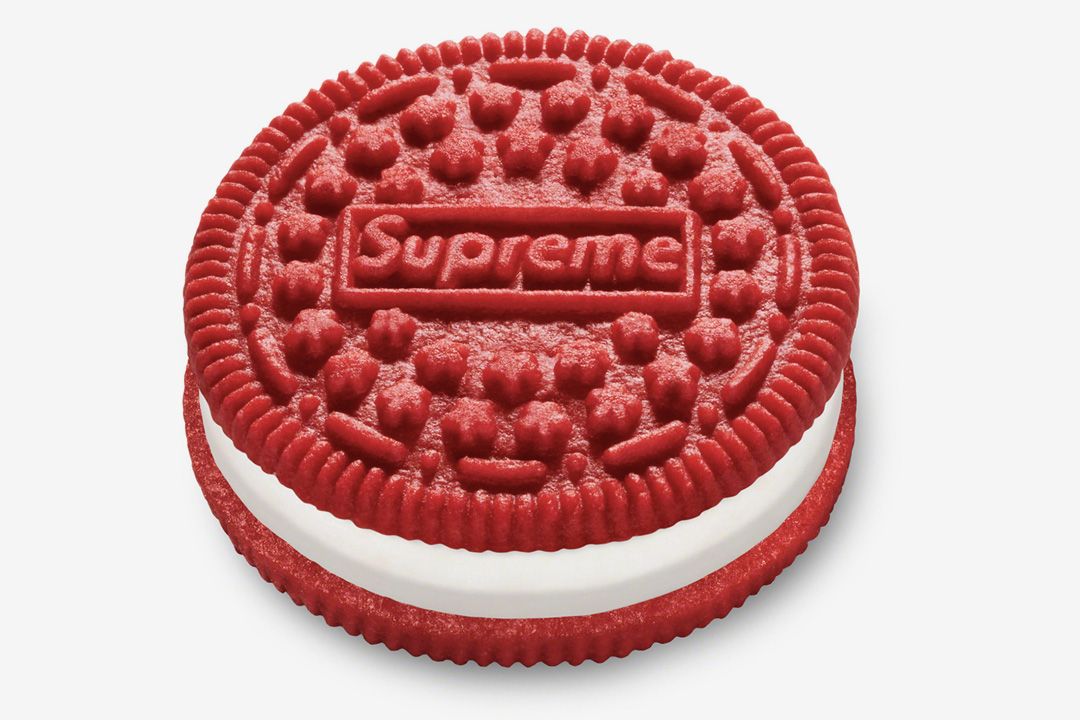 Supreme's Unreleased $8 Oreos are Reselling for Thousands on eBay

The New York Post first spotted that the treats are listed on eBay. One listing in particular claims to be offering a “package of three rare Supreme Oreo red cookies” in “new [and] sealed” condition for a ridiculous $4,000, while another pack has been spotted for over $15,000, although the listing has since expired. Other cheaper listings have also popped up, ranging from as low as $26 to $2,500.

Supreme unveiled its SS20 accessories offering earlier this week, and as always, one particular item polarized The Internet. The bogo-colored Oreo cookie (complete with matching packaging) instantly became the most talked-about item from the forthcoming drop, which also includes Supreme branded Ziploc bags, an absolute unit of a workstation, and a Tupac hologram.

Since the lookbook dropped earlier this week, the $8 Oreo cookie has generated a huge amount of debate: Is it for Fuccbois or Frat boys? Is it an edible symbol of gentrification? How are we supposed to keep it fresh? And also, haven’t we seen this snack before? Now Supreme has also unveiled hype-appropriate Box Logo-packaging.

Twitter seems to have all the answers. Scroll through to see our favorite theories and reactions.

These prices have got us scheming ?

Packaging isn’t everything… or is it?

So who’s actually buying? An Investigation ?

“Who tf is buy over priced designer Oreos?” pic.twitter.com/f8HJtiV8Mk

“Yo dawg, these oreos be hittin” pic.twitter.com/SKkGzPsEQK

me after eating 10393 supreme oreos pic.twitter.com/eim6UoDZxE

me when i see someone flexing their supreme Oreos https://t.co/mEyf8nfq6D

But what does it mean?

The dynamic that Supreme has……… And it bothers me alot because it’s a group of white kids profiting off what black people created. Best way to describe Supreme is gentrification.

But will it make my poop red

Isabelle is an Australian writer based in Berlin.

The long-lost Scott Pilgrim game is coming back